Have you seen this selector when building machines on vSphere?

This causes some fairly common issues in NOS VMs, as most don't really know what distribution the NOS is based on.
"Guest OS Version" doesn't just categorize your workload, though. Selecting "Other Linux" instructs vSphere to maximize compatibility and ensure the VI admin receives a reliable deployment - which means it'll run some pretty old virtual hardware.
VMware curates its lifecycle "Guest OS" settings here. Note that "Other" isn't described: https://partnerweb.vmware.com/GOSIG/home.html
Two commonly preferred settings for virtual hardware aren't available with this particular OS setting, and they both cause potential performance issues:
Let's cover how we'd fix this in vSphere 7 with a VM. The example in this procedure is VyOS 1.4.

First, let's change the Guest OS version to something more specific. Generally, Linux distributions fall under two categories, Red-Hat, and Debian derivatives - Gentoo/Arch users won't be covered here because they should be able to find their own way out.
Since we know VyOS is a well-maintained distribution, I'll change it to "Debian 11." While this is technically lying, we're trying to provide a reference hardware version to the virtual machine, not accurately represent the workload. This menu can be reached by selecting "edit VM" on the vSphere console: 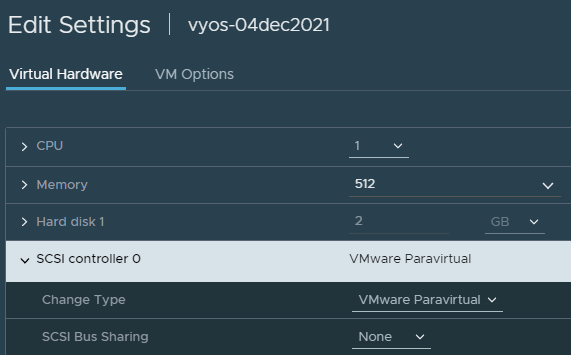 Replacing network adapters will take a little bit more work. Re-typing existing interfaces is not currently supported in vSphere 7, so we'll need to delete and re-create. In this example, we can set a static MAC address so that the guest distribution can correlate the new adapter to the same interface by setting the MAC Address field to static. Since I'm life cycling a VM template, I don't want to do that!
If you're editing an existing VM, make a backup. If it's a NOS, export the configuration. There is no guarantee that the configurations will port over perfectly, and you will want a restore point. Fortunately, lots of options exist in the VMware ecosystem to handle this! 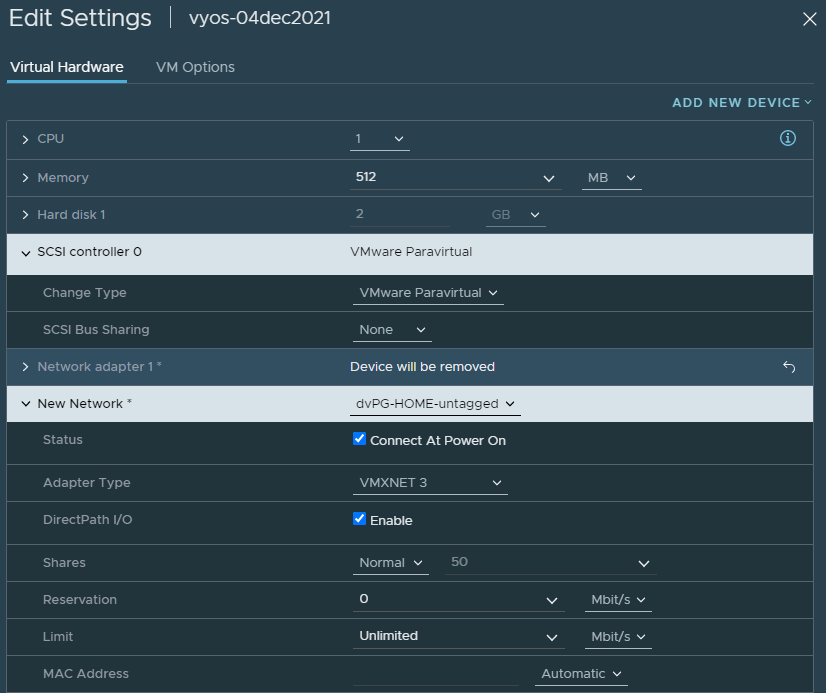 Refactoring / Recovering from the change

vyos@vyos:~$ reboot
Are you sure you want to reboot this system? [y/N] y

To cover the major points of this article:
Some additional tangential benefits are present as a result of this change. For example, VM power actions work: 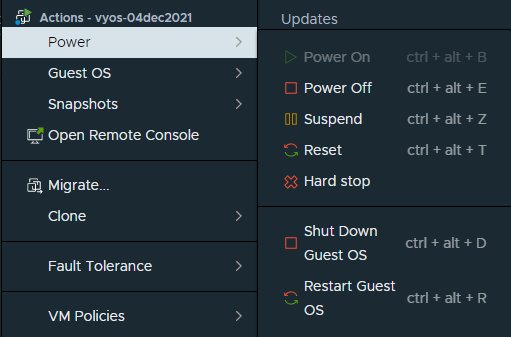 Since we're done, let's check this change into the image library: 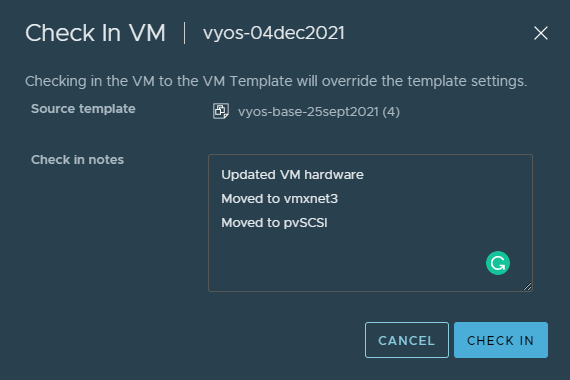