DNS is a vital component of all computer networks. Also known as the "Internet Yellow Pages," this service is consumed by every household.

DNS services are typically deployed in several patterns to support users and systems:

For this post, we'll build the structure to have an internal nameserver managed completely from source control. This is surprisingly easy to get started - performing this work with abstraction is a welcome convenience, but not initially necessary as zone files are typically very simple and the application (Bind 9 or Unbound) is only one service.
To perform this, we'll follow this procedure:

Example named configuration file (Credit where it's due, the vast majority of this configuration has been provided by CentOS and Bind9 - I set the forwarders, allow-query, listen-on, and zone directives:
Then, let's build a zone file in source control. Please note that there are additional conventions that should be followed when creating new DNS zone records, this is just an example file that will run!
Copy the named.conf contents into a new source code repository or your existing one, preferably in an organized fashion. Ansible playbook execution is very straightforward. I'd recommend building this in source control as well - see above note about potential process improvements

Any time you run this playbook it will download a fresh configuration and zone file, then restart Bind9.

As a cherry on top, let's make this process smart - if we want to automatically deploy changes to DNS from source control, we need a CI Tool like Jenkins. Start off by creating a new Freeform pipeline to "Watch SCM" - yes, this isn't a real repository. 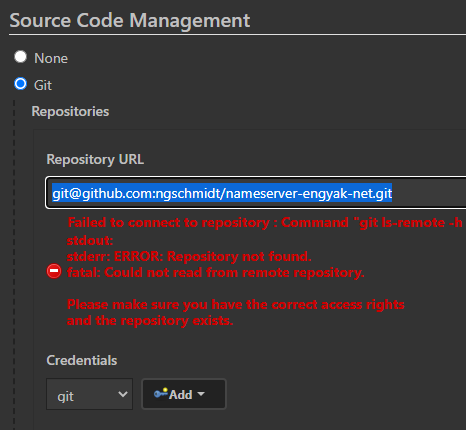 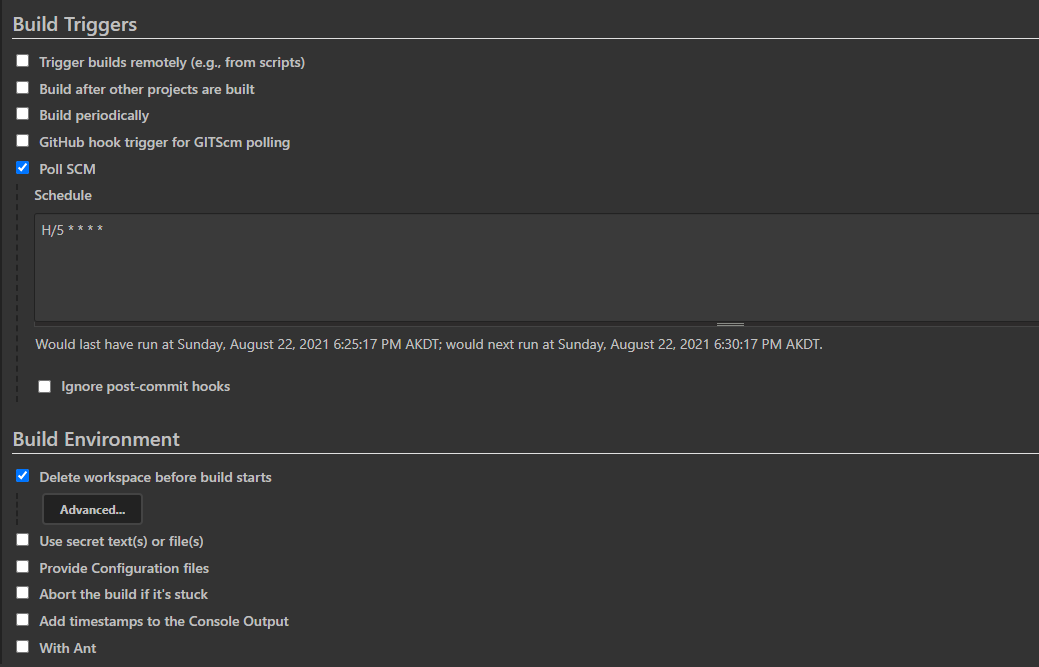 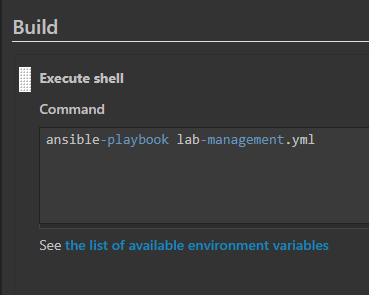 That's it - add entries, live long, and prosper! Since the Ansible playbook and supporting files are fetched via source control, the only setup required on a DNS worker node is to establish a relationship between it and the CI tool, ex. SSH authentication.

Unbound is a newer DNS server project and has quite a few interesting properties. I've been using BIND for well over a decade - and Unbound aims to change a few things, notably:
Oddly enough, there is no features list for this software package, but pretty much everything else is impressively documented. Let's start the installation:

Unbound can use the same zonefile format as BIND, so we only need to create a new config file to migrate things over. Note: This is not a production-ready configuration, it's just enough to get me started.

As I learn more about Unbound, I'll be using source control to implement changes / implement a rollback - an important benefit when making lots of mistakes!

To automate file delivery here, we'll use a (similar) playbook for Unbound. The Jenkins configuration will not need to be modified, because the playbook will automatically be re-executed.

This method of building DNS records from a source of truth does replace the master-slave (sorry guys, BIND's terms are not my own!) relationship older name servers will typically use. Personally, I like this method of propagation.

The biggest upside here is that a DNS worker node being unavailable does not prevent an engineer from adding/modifying records as long as recursive name servers support multiple resolvers.

It is eventually consistent, as the orchestrator will update every worker node for you. This may be slower or faster, depending on TTL.

The Ansible playbook I used here will kill your DNS node if you push it into an invalid configuration, so this is probably not production-worthy without additional work.

If you would rather purchase a platform instead of building this capability with F/OSS components, this is basically how Infoblox Grid works.

It'd be really neat to abstract software-specific constructs, which can be done with Python and Jinja2 (or just Ansible and Jinja2!)